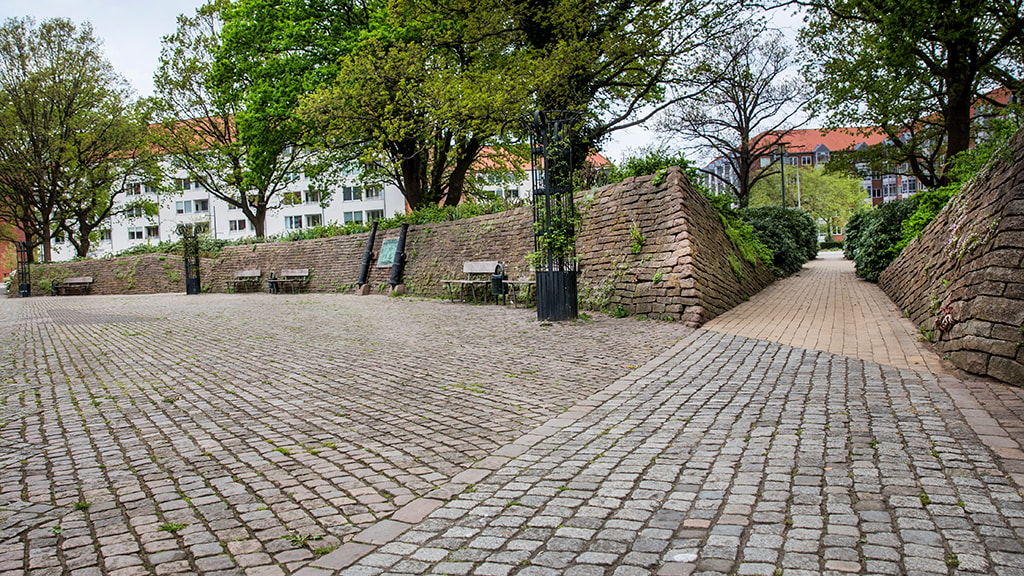 The Vitus Bering Park is a small green oasis in the centre of Horsens. The park was built in honour of the world-famous explorer Vitus Bering who was born in Horsens.

The sixty-year-old park is located between the train station and Vitus Bering Plads (Square) at the end of the pedestrian street Søndergade where it creates a striking contrast to the surrounding roads, shops and buildings of the centre.

The park is landscaped by the famous gardener C. Th. Sørensen and is commonly known for its many old rhododendron bushes. It is a beautiful sight when the bushes bloom in the start of may.

Activities in the Vitus Bering Park

The park is designed with several open places that are suitable for yoga, tai chi or the like. Feel free to use the krolf (a cross between croquet and golf) course in the south.west corner of the park.

Take a nap under the large oak trees in the large green square in the park. Here you can also find benches and tables that can be used for picnic.

In the park you can also see the two original cannons from Bering's last expedition as well as a memorial tablet. The cannons were brought to Horsens from Bering Island as a gift from the USSR.

You can experience three different bronze sculptures in the park. You can see 'Siddende Pige' (sitting girl),  'Moder med børn' (Mother with children) and 'Pigen med guldhornet' (The girl with the Golden Horns of Gallehus).

You can park your car near the park's eastern end at Vitus Bering Plads (square). There is also a public toilet here.

Get directions for the parking lot at Vitus Bering Plads here