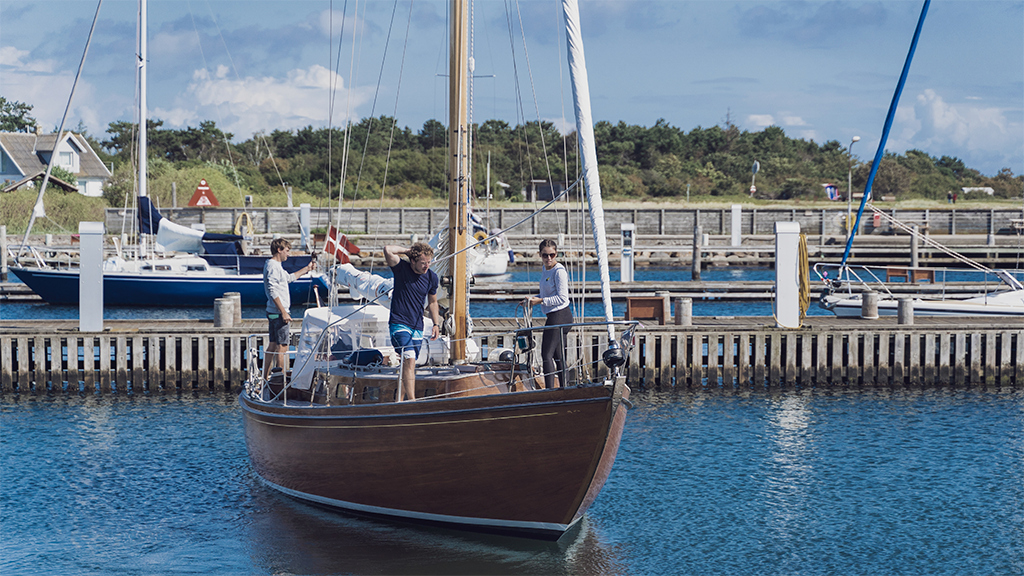 The harbour  The harbour is the island’s lifeline and Tunø Harbour was built in 1896. Previously there were only two slipways where boats could be hauled on land, one by Ålekæret (the Eel Pond) on the south side of the island and one near the western district of Stenkalven (the Stone Calf).

Besides ferrying people back and forth, the harbour was mainly used to get commodities such as fuel, feedstuffs and fertilizer to the island. From 1980 onwards, pleasure boats arrived at Tunø in ever increasing numbers. Mooring jetties were built in the mid-1980s to provide space for the many small yachts during the summer.

The harbour is awarded Blue Flag status, guaranteeing proper environmental and safety facilities
The island is a paradise for people who love the nature (no cars allowed at Tunoe). Many bird species can be found on the island.

Almost 50 % discount in September and October.