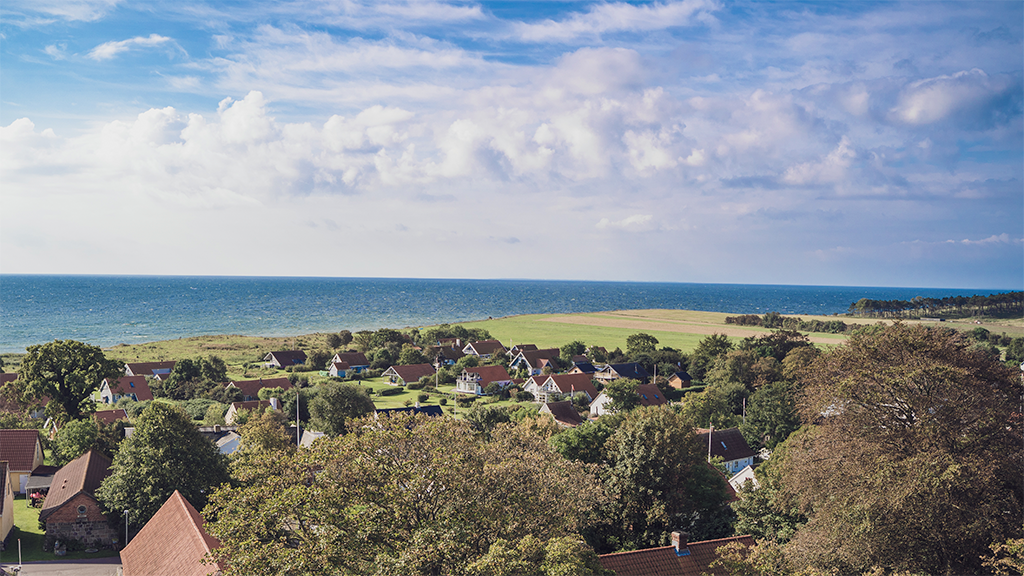 Visit this exiting island and take part in a treasure hunt, see several relics from ancient times and enjoy a delicious meal at Mejeriet Tunø or at Tunø or Røgeri.

Tunø is less than one hours sailing from Hou.

The weather on Tunø is, on average, better than other places in the country due to the geographical position of the island. Thus you can find mulberry and fig trees growing here.

Tunø has only one village with farms and well kept houses built in the traditional style along the only street. In the center of the village there are several relics from ancient times, and the old smithy is today a working museum. The church lies in the middle of the village on one of the higest points of the island. Because of this, the church tower has been turned into a lighthouse. In the old days, Tunø had it's own vicar, and for many years the vicar also worked as the lighthouse keeper. A well known joke in those days was: On Tunø the vicar sleeps with the lighthouse keepers wife.

Children and those who are young at heart can walk around the coast of Tunø, and receive a medal as a reward and a memory of the trip. The 8 kilometre hike around the island takes approximately 3 hours. Along the route there is a good chance of finding fossils, since there are traces of the island's geological past everywhere you turn - especially below the steep cliffs. There is also a rich bird life on the island. Preserved swallows live in the cliffs at the coast, and there are also preserved black guillemots living on the island. Along the route there are several places where you can scan qr-codes and receive information about Tunø. There are red poles on the route where you can scan the codes.

There is access to public toilets several places on the tour around the island. There are toilets at the harbour, at Tunø Campground, by shelters at Tunø Nordstrand on the north side of the island and by Stenkalven (the stone calf) at the western tip of Tunø.

If you prefer to experience the island from the iron horse, then you can rent a bicycle on Tunø.

If you have a sail boat, then you can moor at the marina. If you are experienced in kayak sailing, you can also visit the island this way. By Stenkalven, Sønderklint and the harbour, there are great conditions for fishing. There is also a bird watching tower, where you can contemplate the rich bird life.

If you wish to spend more than one night at the little holiday island, then there are several shelters and camp sites, and at Mejeriet Tunø and Tunø Røgeri you can enjoy a delicious meal.