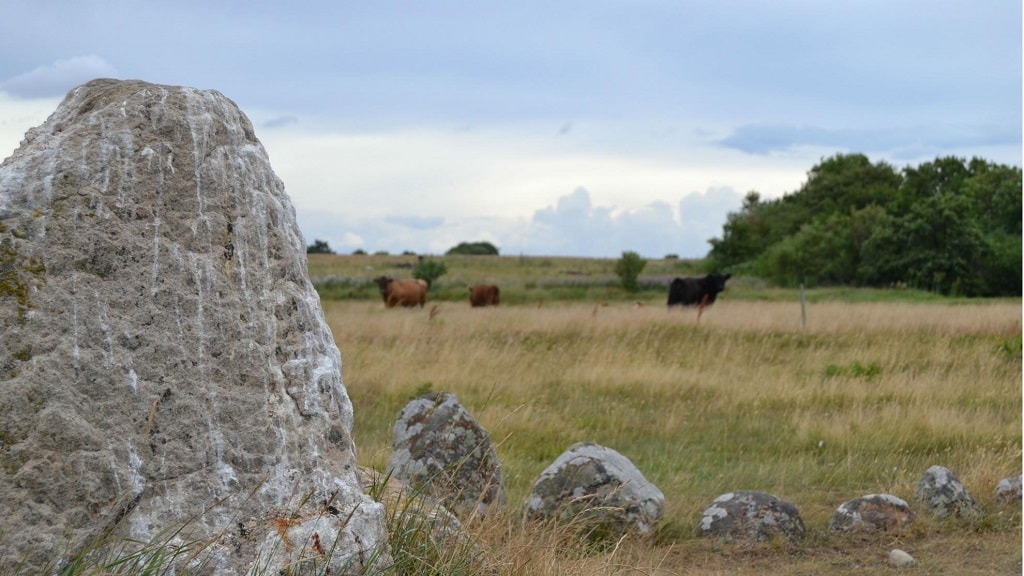 The stones on Hjarnø

The calves stones is a protected area in the southeastern corner of Hjarnø with ten stone ships from the Viking times.

According to Saxo, Hjarnø is named after the legend king Hjarne. Hjarne was crowned as king because he wrote a beautiful song about the king Frode Fredegod, but he escaped to Hjarnø as a result of the following disputes about the king power. He was later killed on the island and folklore says that he was buried with his army at the calves stones.

It is probably not King Hjarne who is buried at the Calves stones, but the stone ships are monuments for the mighty men or women, who somewhere between year 600 and year 900 controlled the island and thus the entrance to Horsens Fjord. When the funeral pyre was burned out, the remnants were buried amongst these boulders, which were set up in ship shapes of up to 8 meters. On the burial ground today you can see ten stone ships even though there has been twice as many, because the stones have been moved for coastal protection and buildings.

The calves stones can be reached by the marked path, that runs on the south side of Hjarnø.

Read more about the calves stones on historical atlas here.