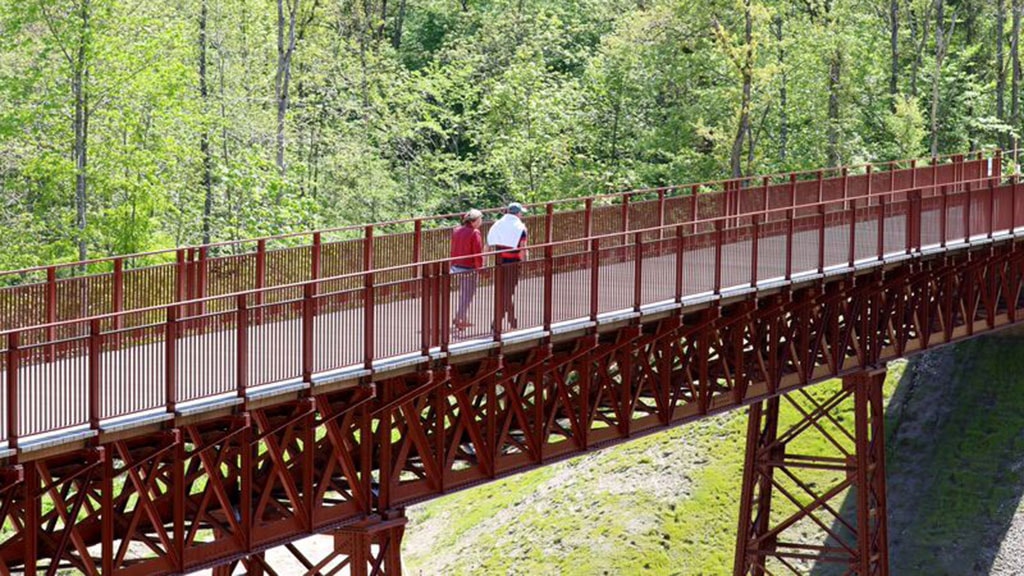 The nature trail between Horsens and Silkeborg aprox. 61 km and takes you across 'The Uncovered Bridge'.

The nature trail along the old Bryrup railway takes you through the beautiful and hilly sea high-land. The trail’s path is split into two – one side with grapple for horses and one with asphalt for bicycles, roller-skates and the likes. As the trail follows the old railway it is flat.

On the route, you pass by several old train stations, and it is easy to imagine the life which used to be at the station with passengers and railway workers slaving with loading goods and animals onto the train. Along the trail are several shelters, which all are well-kept and can be used by anybody who might need a rest.

In 1968, the last train rode the railway. Since then, it has been a public nature trail. Yet, a five kilometre distance has been maintained between Vrads and Bryrup. On this distance, a veteran train runs, and in December you can board a Christmas train. Get more information about the veteran trains of Bryrup Vrads here>

The former station in Vrads is now a cosy restaurant. It is recommendable to take a ride on the train and enjoy a cup of coffee in the restaurant.