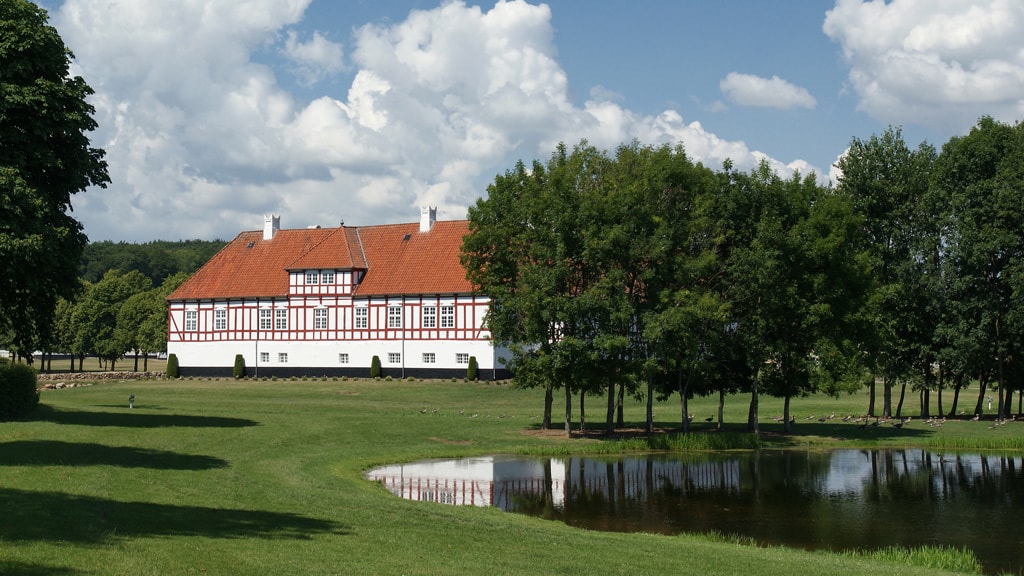 Åkjær Manor is one of the largest manors in Jutland located south of Odder between the villages of Hundslund and Ørting.

This manor is the oldest in the area, and through out the Middle Ages it belonged to the bishop of Aarhus. After the Reformation it was turned into crown lands, and in the 1660s it was transformed into a noble mans estate. Hereby the manor provided the background for the establishment of several of the other manors. All the same Åkjær is one of Denmarks largest manors, which the media has focused upon with great interest. In the beginning of the 19th century the farm Uldrupgård was built south of the manor in Holstein style. Today it has been rebuild.

The estate belonged to the Neergaard family from 1857, but in 1993 it was sold to the current owner Johan Koed Jørgensen.

The estate is closed for the public.